A Message from the Director

The natural world may provide events, but we – human beings – are the ones who create the situations and conditions by which a natural event becomes known as a “disaster” or in some cases, as a catastrophe. After all, a magnitude 9.0 earthquake in the Aleutian Islands rarely, if ever, qualifies as a disaster. Similarly, a Category 5 Atlantic hurricane that develops off Africa but then eventually spins north to die in colder waters – without ever making a landfall – is never called a disaster. Both types of events simply become scientific database entries because they were “harmless” in the sense of not affecting any major human communities.

As we move toward a global human population of more than 9 billion by the mid-21st century, however, our physical and socioeconomic exposures to natural hazard events of all types will also inexorably increase. Whether those future hazard events qualify as disasters or catastrophes, or just as emergencies, will depend on what we do – or more problematically don’t do – about our vulnerabilities (which are just as much social, economic, and even political as they are physical) at the local, national, and global levels. So the question becomes: What are we doing, or not doing, about those obvious risks, and why are we seeing progress in some areas but increasing risk accumulation in others? Comprising the core mission of FIU’s Extreme Events Institute, helping answer those fundamental questions will determine the life courses of many communities, and even of entire societies, as we move deeper into the 21st century. 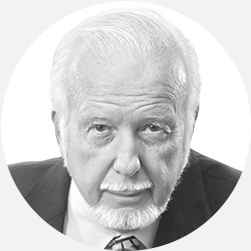 Very few 21st century challenges correspond to traditional academic disciplines, and in 2012 FIU created an Extreme Events Institute to be both multi-hazard and transdisciplinary in its approach to understanding emergencies, disasters, and catastrophes. In practice this means researchers co-located or at least “rubbing shoulders” on a daily to weekly basis from engineering, the earth and atmospheric sciences, public health, business administration, computer science, economics, political science, and others. This EEI configuration – a broad conceptual tent as it were – has enabled a flexible team-building approach to research on hazards, exposures, vulnerabilities, and risk. The result has been more than $14.5 million in external funding received or awarded over the last three years as well as significant media coverage, especially in the lead-up to, and aftermath of, damaging natural hazard events.

In addition to its own Disaster Risk and Resilience in the Americas (DRRA), the EEI was fortunate to be able to include in its structure FIU’s pre-existing International Hurricane Research Center (IHRC). The IHRC was born out of the August 1992 Category 5 Hurricane Andrew experience, which revealed how exposure increases coupled with physical, social, and economic vulnerabilities made the storm a disaster for south Florida but a true catastrophe for the southern portions of Miami-Dade County. As it was, Hurricane Andrew imprinted hazard awareness into the institutional culture of Florida International University, which was significantly damaged by the storm, and laid the groundwork for a major extreme events research program. 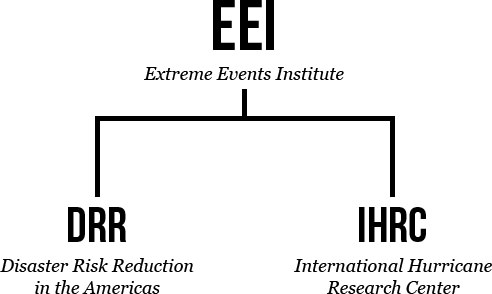